Installing and Playing Curse of Monkey Island on macOS 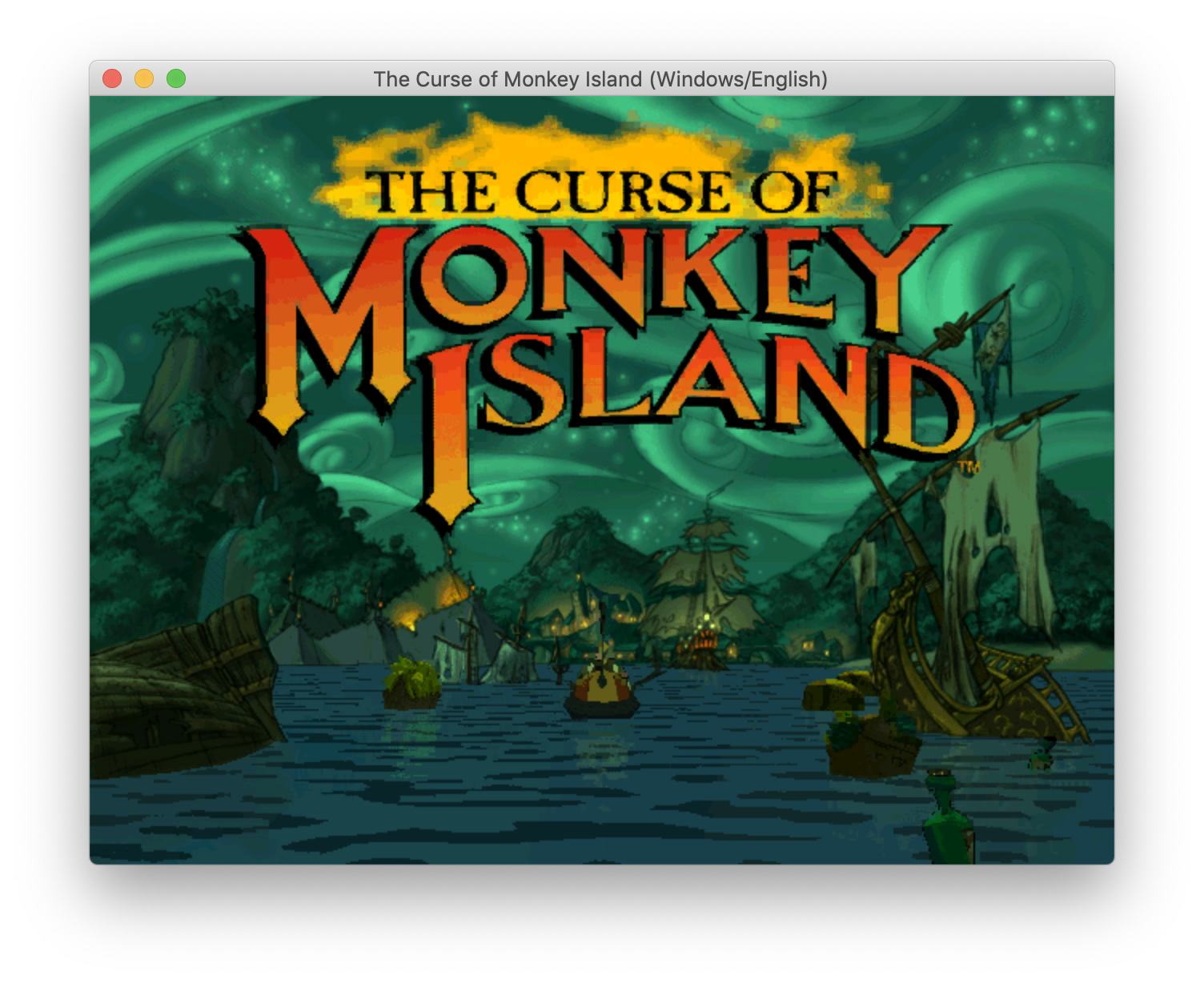 I still owned a boxed copy of this game, so I wanted to see if it would be possible to play it on modern systems, specifically under ScummVM. I did a quick search to see if this was possible, and I came across a page that almost seemed like what I was looking for. However, that web page merely referred the reader to the GoG.com product page. It's great that this game is available and playable under the Mac, but I did not want to have to repurchase a game I already own.

Fortunately, the way to install and play The Curse of Monkey Island under ScummVM on a Mac is fairly straightforward. Here's the instructions:

This is possible because Curse was the twelfth and last LucasArts game to be developed using the SCUMM game engine, so I assumed that ScummVM would be able to handle playing this game on the Mac. (Side Note: If you want to play later LA games developed with the GrimE game engine like Grim Fandango or Escape From Monkey Island, check out ResidualVM.)

Have fun playing and watch out for that three-headed monkey behind you!