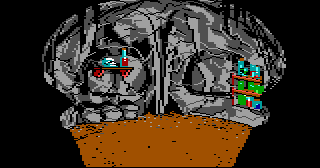 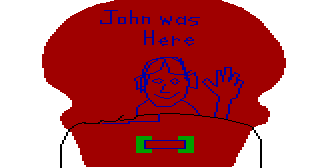 I was using AGI Studio to inspect the background images in the AGI version of King's Quest IV and came across something interesting with one of the priority images, which defines the walkable areas and provides the sense of depth in a scene. Picture 57 displays the inside of the three witches' cave. However, the priority screen for picture 57 reveals a hidden cave drawing of a person waving underneath the words "John was Here". So who was John? A quick look at the intro credits gives us a good clue as one of the programmers with this version of KQ4 was John Hamilton. 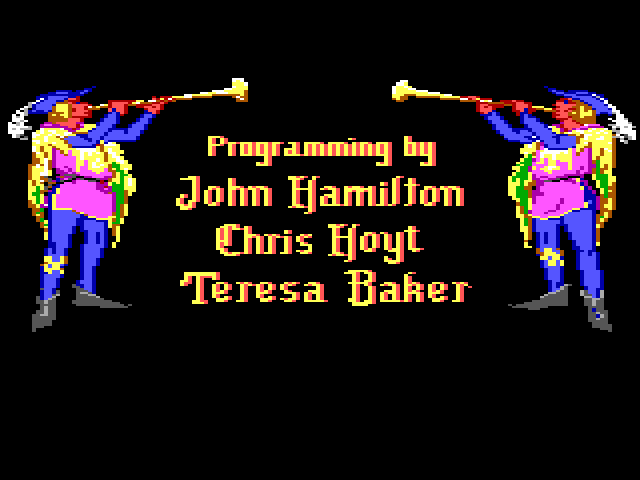 Programmers are often known for their love of slipping in Easter eggs into games, so it would not be far fetched if this bit of crude artistic work was a well hidden gem by one of the game's programmers. According to The Sierra Chest, the AGI version of King's Quest IV was the only Sierra title John Hamilton worked on. The MobyGames site has a little more info about him and mentions that KQ4 was his first title and then went to work on a number of other games up through the early 2000s. So, Mr. Hamilton, if you are around, hello! We found your cave sketchings (some 30+ years later)!